First up New Look 6320:  Back in the day when I first began to sew I think this was the first proper pattern I used. Its a simple shift dress for tweens I made a gorgeous sleeveless version in blue flowery needlecord with a purple exposed zipper for my daughter. She wore it as a dress, when it no longer fitted as a dress she wore it as a tunic top - eventually we had to give it away to  friends daughter. At the end of the summer quite out of the blue (no pun intended) she asked me to make her another - she chose a blue needlecord from Myfabrics with a green exposed zipper. It is a really simple and satisfying make. She wears it with leggings and a t-shirt underneath and I think loves it just as much as the first one I made. 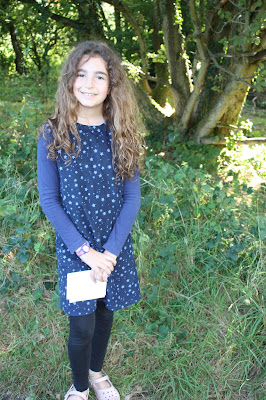 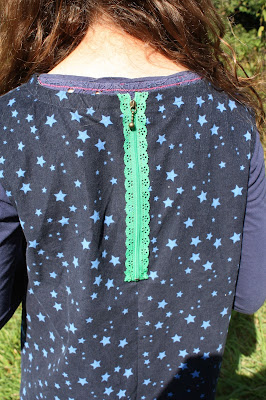 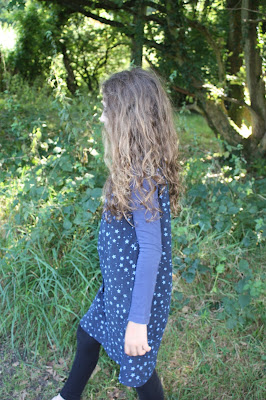 Next up - A fen dress in brushed cotton.

As soon as the weather started to turn even a little bit cooler I felt the need for something nice and cosy. I bought this snugly brushed cotton from Fabworks. I have made a summer fen in the spring and this make was just as straight forward - sadly my photos of it are not great. 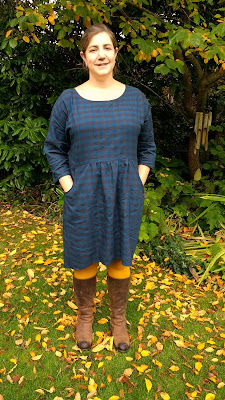 I was so pleased to eventually have found some nice mustard tights! 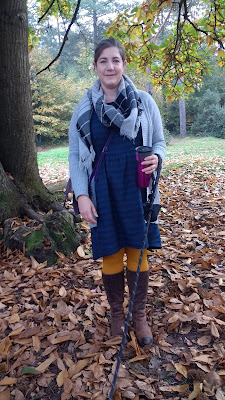 Number three - Burda 9641 - out of the Fen scraps I decided to make some trousers for my youngest. I chose the 6-14yr sized packet so that I can hopefully use the larger sizes as he grows. I made a size 6 knowing they would be a little big (he is titchy). I really enjoyed making these, they are simple enough but with cute details like the pockets ( I still need to add velcro closures). I chopped off about 4 inches from the length measuring them while he as wearing them, I used a 1" hem and despite my measuring they are too short!! I will have to take them down a little (thank heaven I used a larger hem than I usually would! 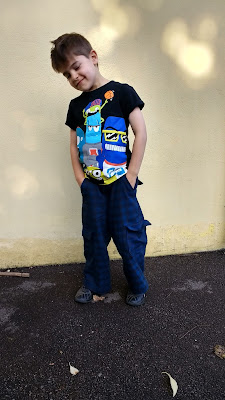 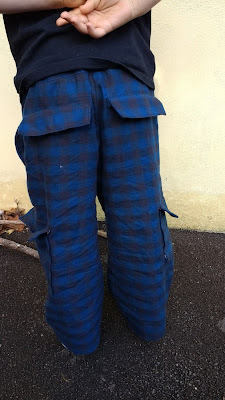 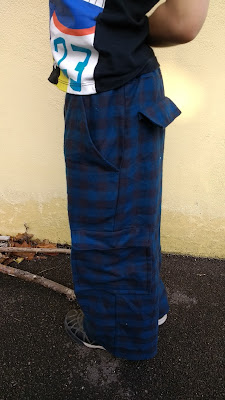 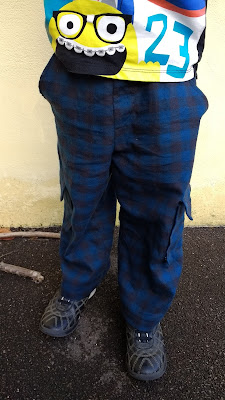 He seems to be very happy with them which makes me happy!

I have nearly finished my Tilly and the Buttons Cleo dungaree dress and can't wait to share it with you! I am also planning to make a boiled wool coatigan and after that I really need to get on with my Christmas sewing!