Seamwork Manila leggings and yoga with the dog.....

Warning: The photos in this post were taken by my 7 year old and the dog decided it would be fun to join in!!

Thank heaven for sewing blogs! I was becoming a little downhearted until I read two experienced sewing blogs.......

I was so excited about the Seamwork Manila leggings The tulip cuff just looked so cute and different, I thought that they would be perfect for doing yoga in. I ordered a beautiful grey cotton Jersey from Myfabrics and spent more on it than I normally would given I had never made the pattern before. I must have got a little confused when looking at all of the fabrics as when it arrived I realized it was 100% cotton and had no Lycra in it. It still just about stretched to the right amount when I measured it against the guide that came with the pattern so I went ahead and made them anyway. The instructions were clear and easy to follow (I still struggled with the cuffs like I did with the seamwork oslo but I think this is my issue rather than anything to do with the pattern). I contrast lined the cuffs with a fabric from an old t-shirt. I also managed to fix my overlocker and it didn't break again until the very last stitch!
However I was totally dismayed to discover that they finished mid calf rather than ankle length - and couldn't for the life of me work out why! I knew I had followed the pattern, I knew I had printed it out correctly - what had gone wrong? 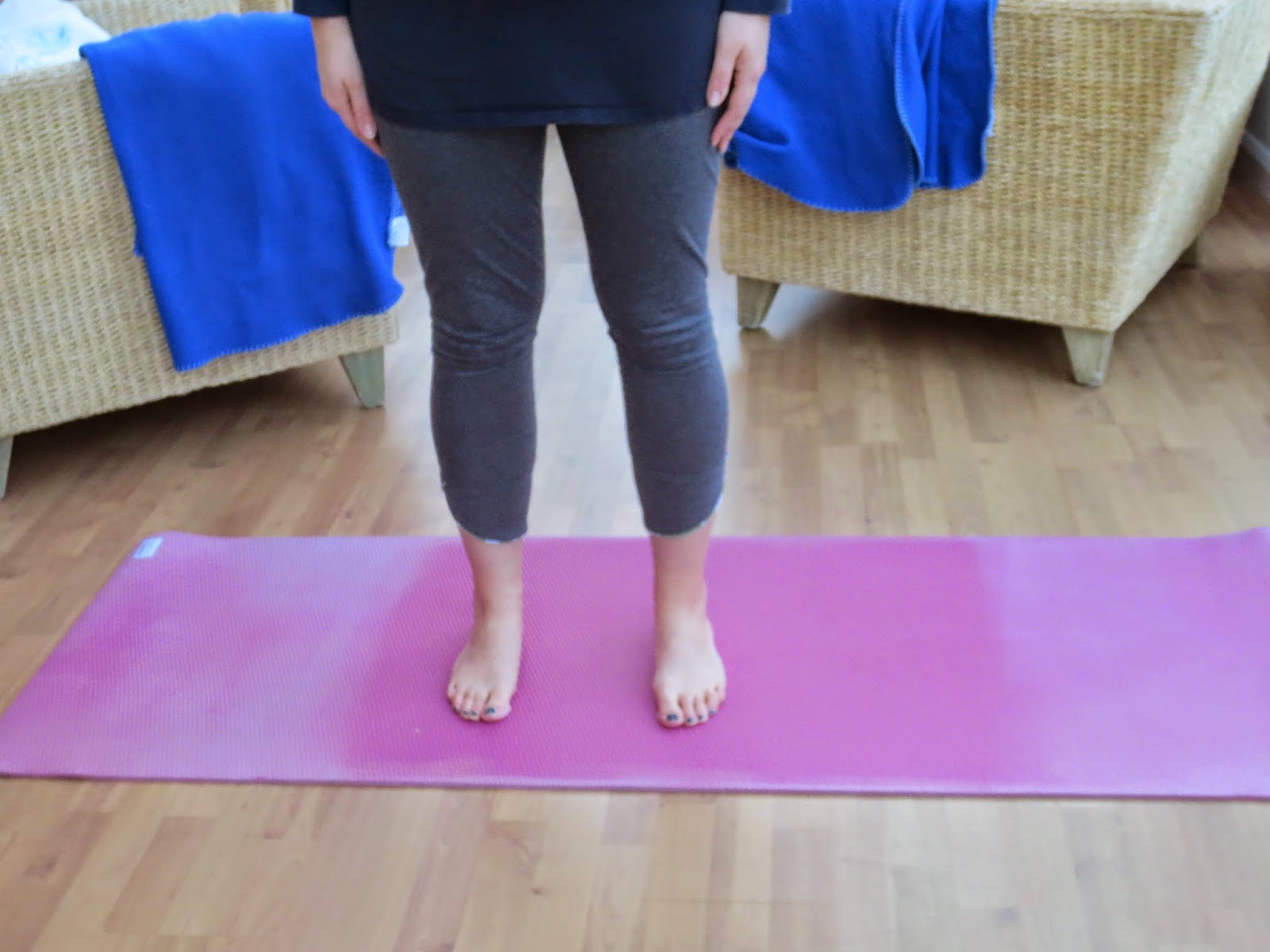 Another issue was that I had tried a trick I read about on another blog and replaced only one of my overlocker spools - In my excitement to get going I foolishly didn't check that I had replaced the right one, and because the 'ankle' is now mid calf there is a great deal of stretch and my mistake is very obvious. 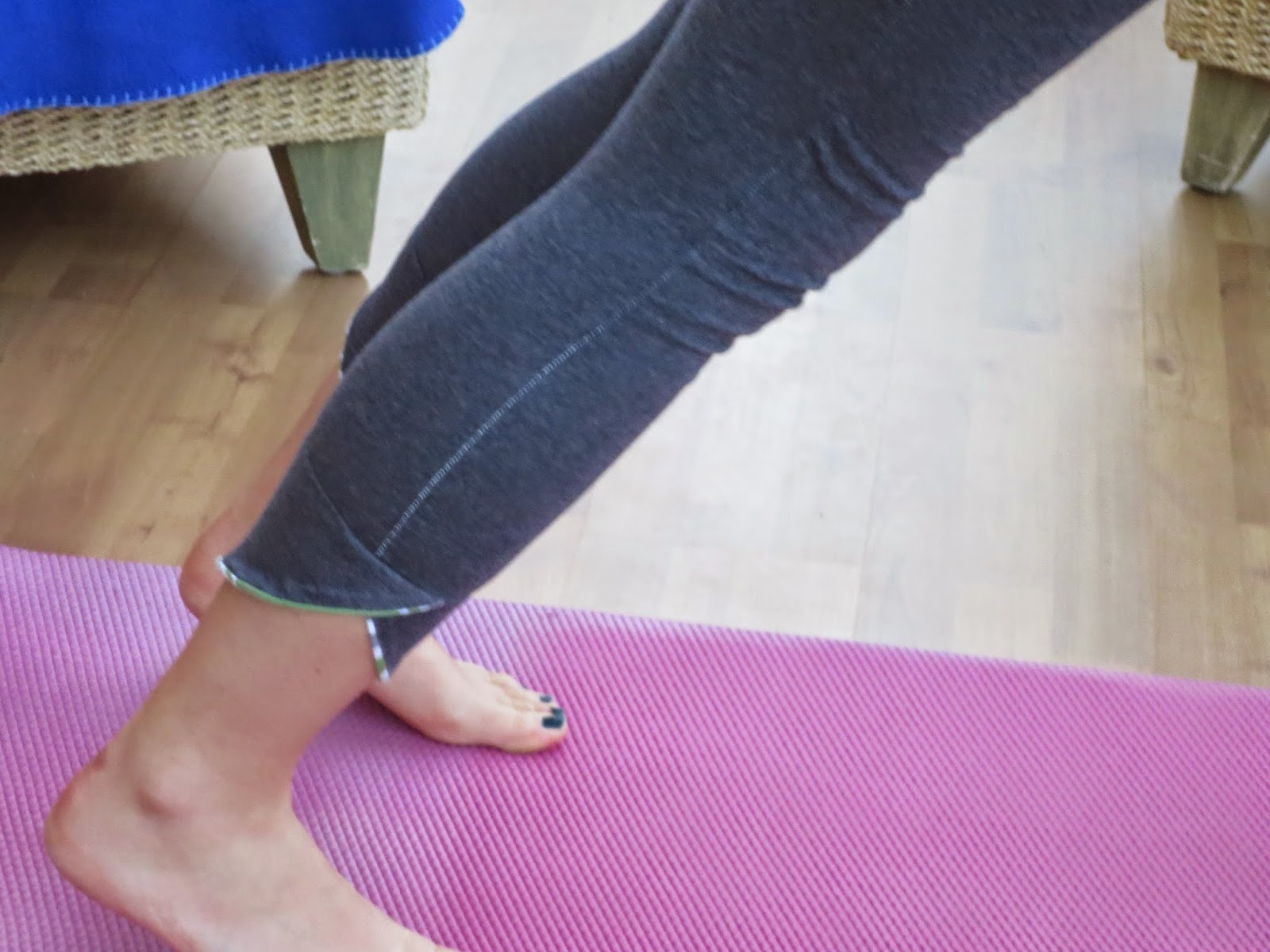 I do love the tulip cuff so much and would love to make a functional version of these. 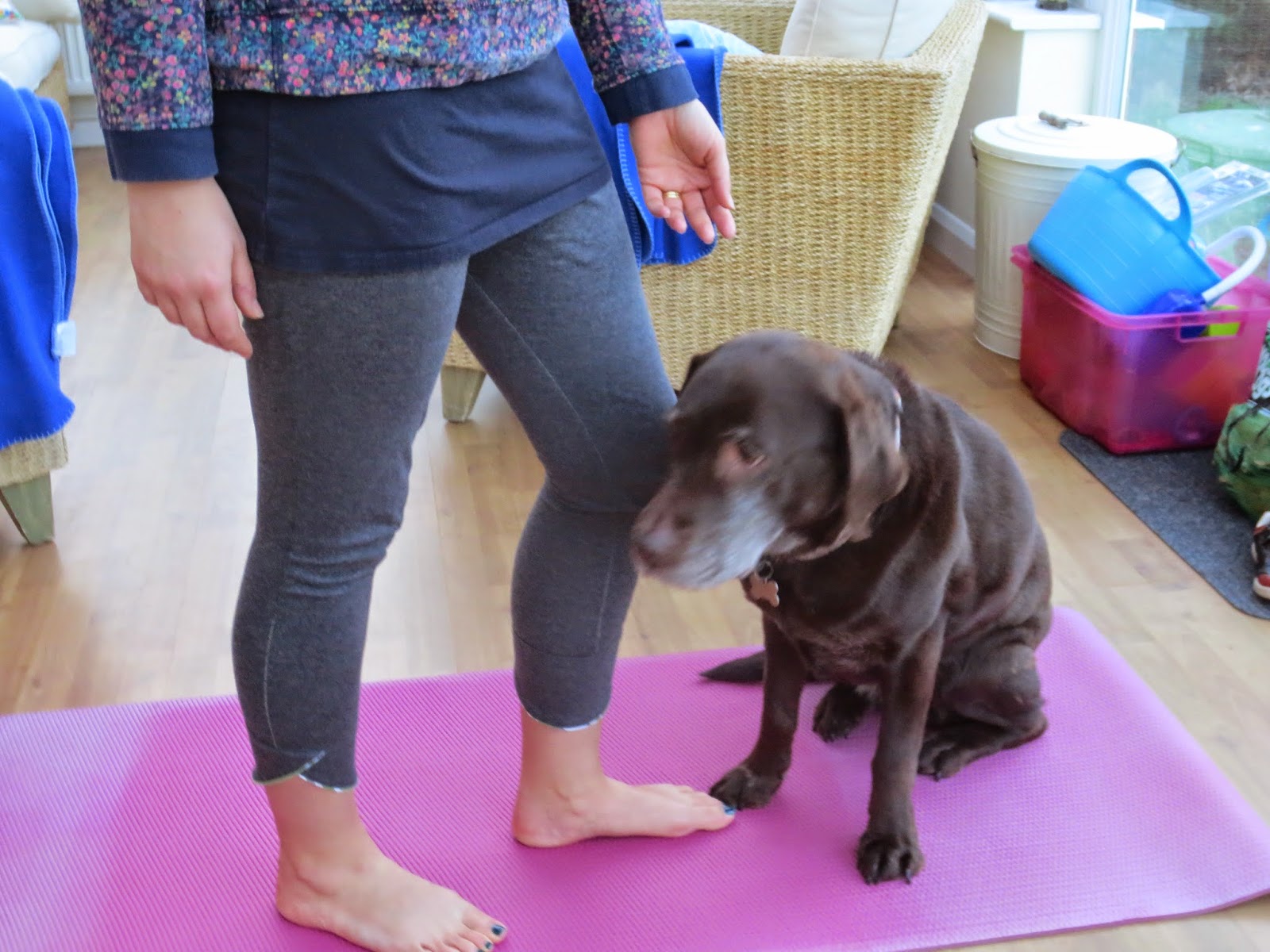 After this disaster I really did wonder if perhaps sewing just wasn't my thing! But then I read about Scruffy Badgers Floral leggings and the lack of stretch in her fabric meant that they were much shorter - perhaps this was also the issue with my leggings???? Any comments on where I have gone wrong are gratefully received! I have worn them for some yoga work outs and they do not have quite enough stretch, comfie enough for around the house - but perhaps better suited to warmer days when my ankles won't get so cold!! I love the pattern enough to give them another go - this time using the correct (and probably less expensive) fabric!

In the only other clothing item I have made this year (Seamwork Oslo) I also didn't like the result and although I have worn it around the house I can't quite bring myself to wear it out anywhere. I recently read this blog by 110 creations Beth has used a similar fabric to me and has had similar issues!! - I was so relieved that my 2015 sewing disasters may not all be down to me but rather my fabric choices!

I have bought a few patterns in the Simplicity New Look sale and have plans for a denim shift type dress, as well as trying to make a few tops I could wear for work.
I have also enrolled in a sewing evening class and am making a pair of colette clover trousers - or as they say stateside 'pants'. I bought the pattern and fabric last summer and was never brave enough to tackle them on my own! 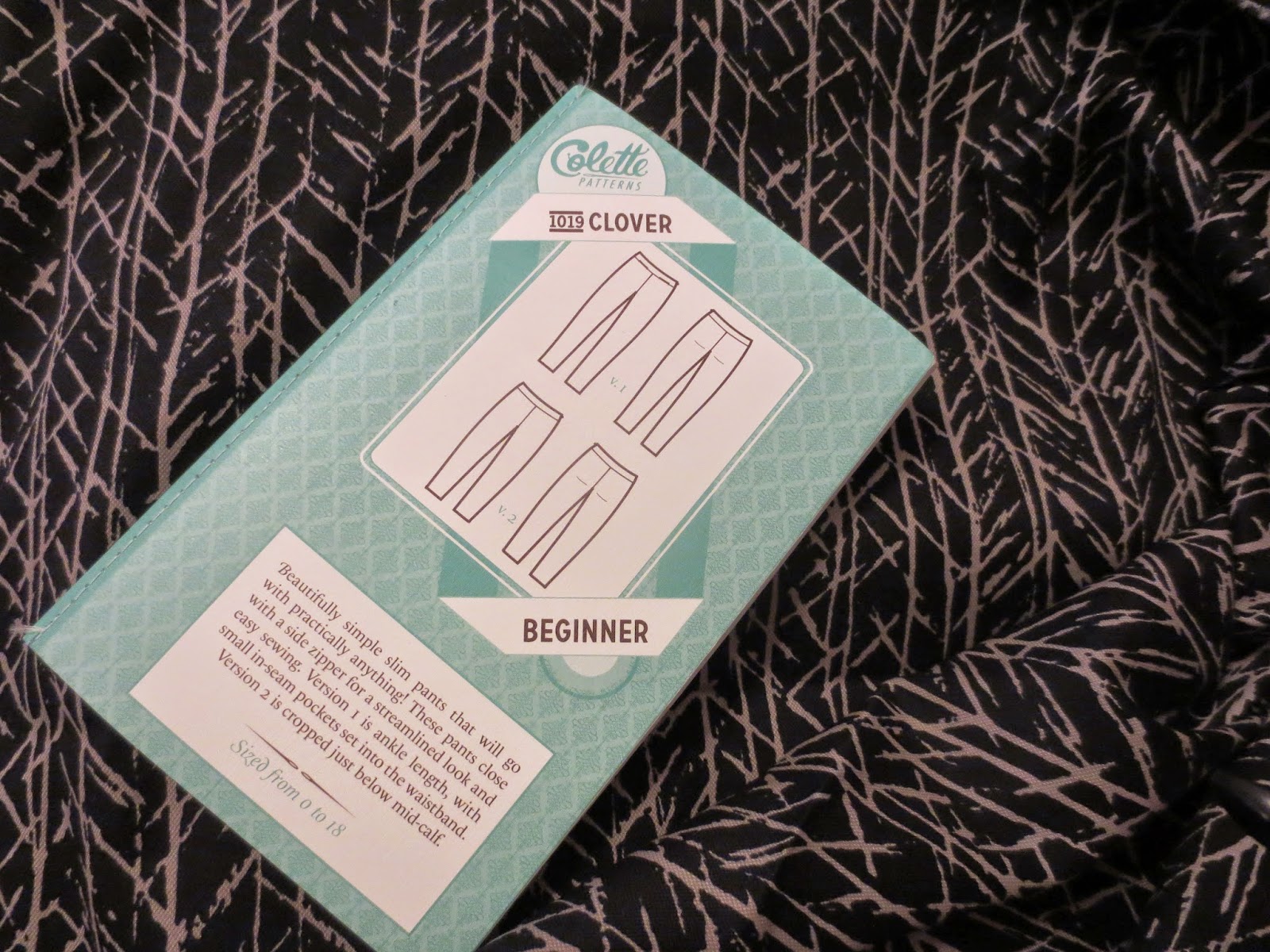 One out take (there were many!) My 'downward dog' with dog in situ! 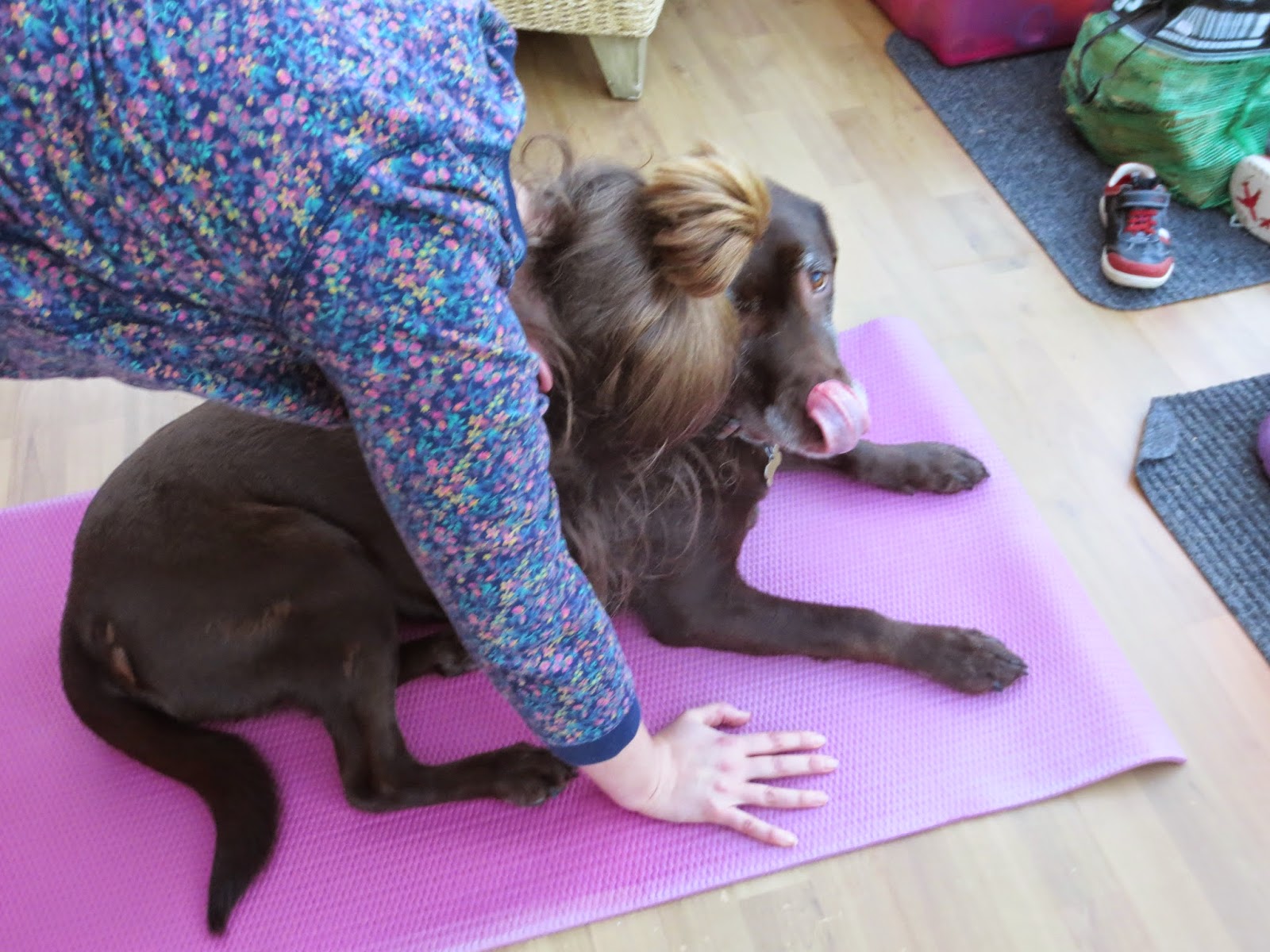 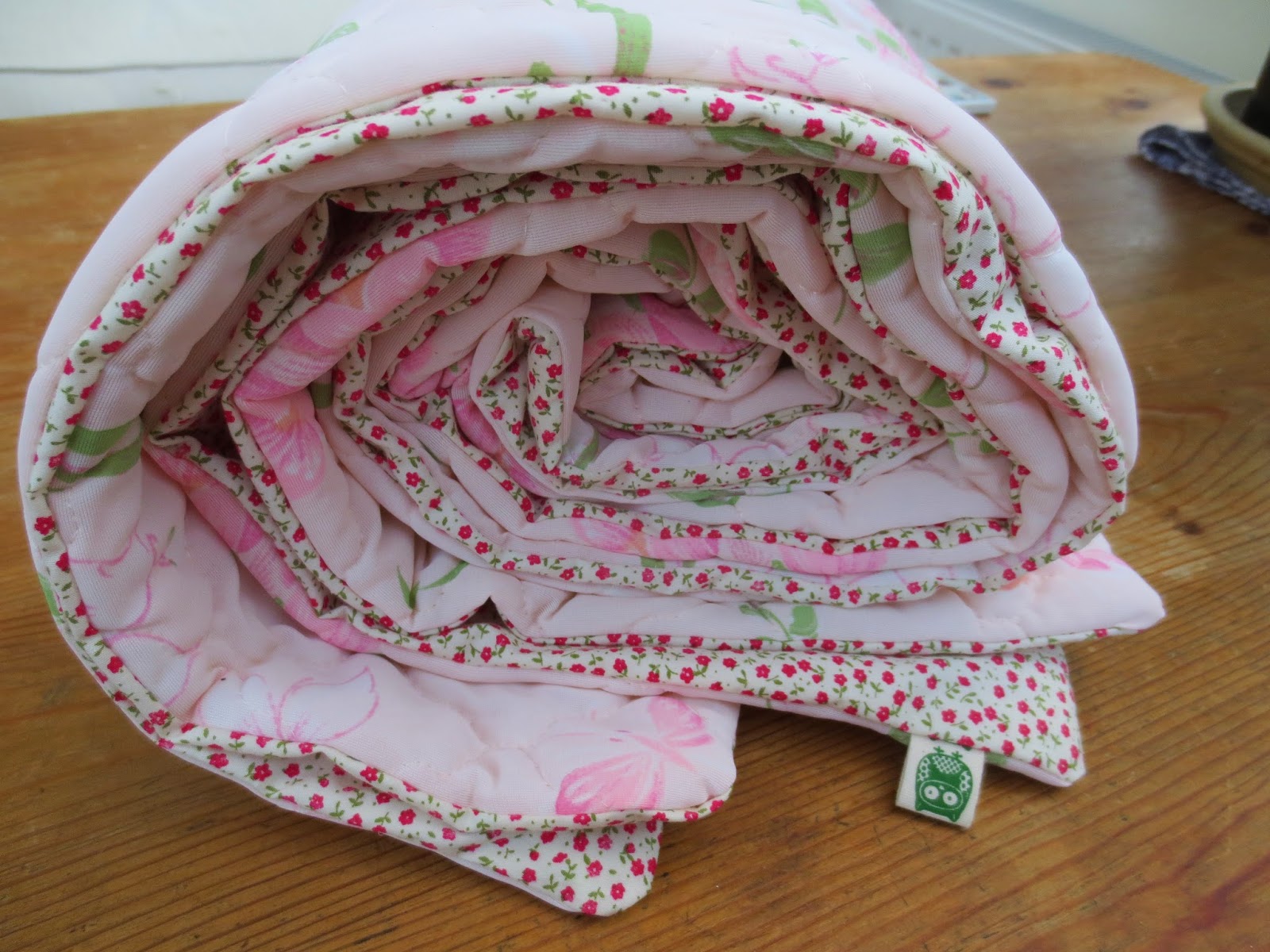 So far I have no successful 2015 garment makes (My seamwork manila disaster is as yet unblogged - I can't seem to find many makes of this pattern on the blogosphere yet, if anyone has made it please do comment and let me know if you had any issues).  I seem to have contracted some kind of lurgy so for this weekend I decided to make something very easy. Last year I sewed a simple blanket for my newborn niece and my daughter really wanted me to make one for her too.
My grandma -in-law used to sew all of her own clothes and worked at a tailors in America, when my parents -in-law visit they sometimes bring back some fabric from my grandma-in-laws stash (I assume they ask her first!). Last visit one of the fabric's they brought back was this: 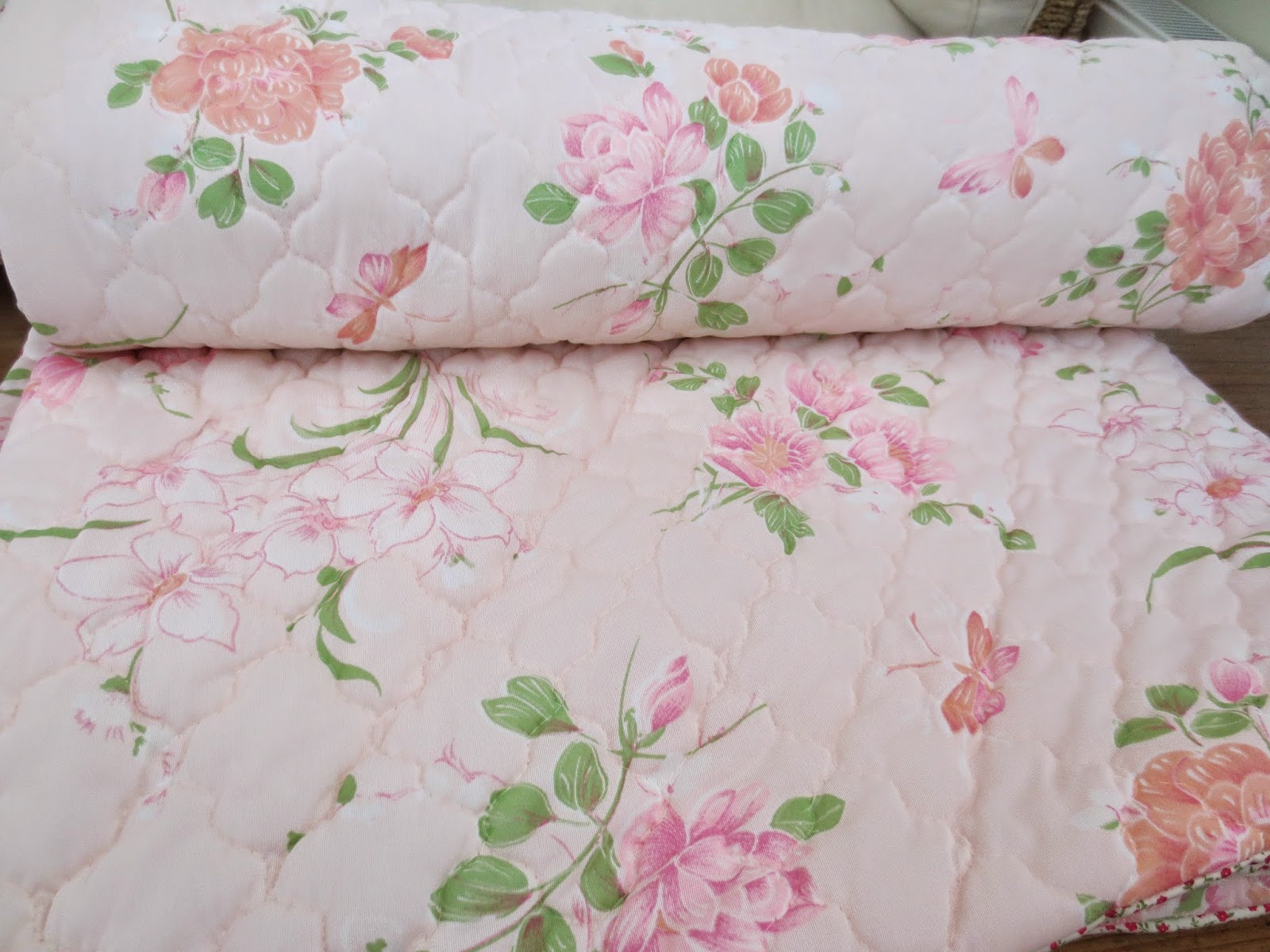 It is such a pretty floral design on quilted fabric. I think it would have probably been bought to make a dressing gown (I remember my own Grandma having a dressing gown made out of similar fabric). For some reason we don't seem to wear dressing gowns much in this house so it seemed silly to use it to make one, but I knew I wanted to use it for something.
My daughter has a cabin bed so blankets and bed covers that hang down are no good - it struck me that this quilted fabric was the perfect width for her bed. All I needed to do was back it with another fabric and she would have the blanket that she wanted! I had a cute little ditsy floral cotton in my stash that I thought would do just the job!
One day I would love to make a proper quilt, currently I know nothing about quilting nor do I have any of the necessary equipment - I'm sure if I had some quilting knowledge It would have helped me to join the two fabric's with a professional finish. I knew it would be a bit of a risk just trying to join the two fabric's together especially as the quilted one was slightly stretchy, and I have to admit that after finishing the third side I had a 2 inch excess of the quilted fabric on one side! However amazingly I managed to join everything up with no real issues! I did wonder about bias binding the edges - I think it would look nice and neat with a contrast edging however given my 2015 sewing history I thought I should quit while I was ahead! 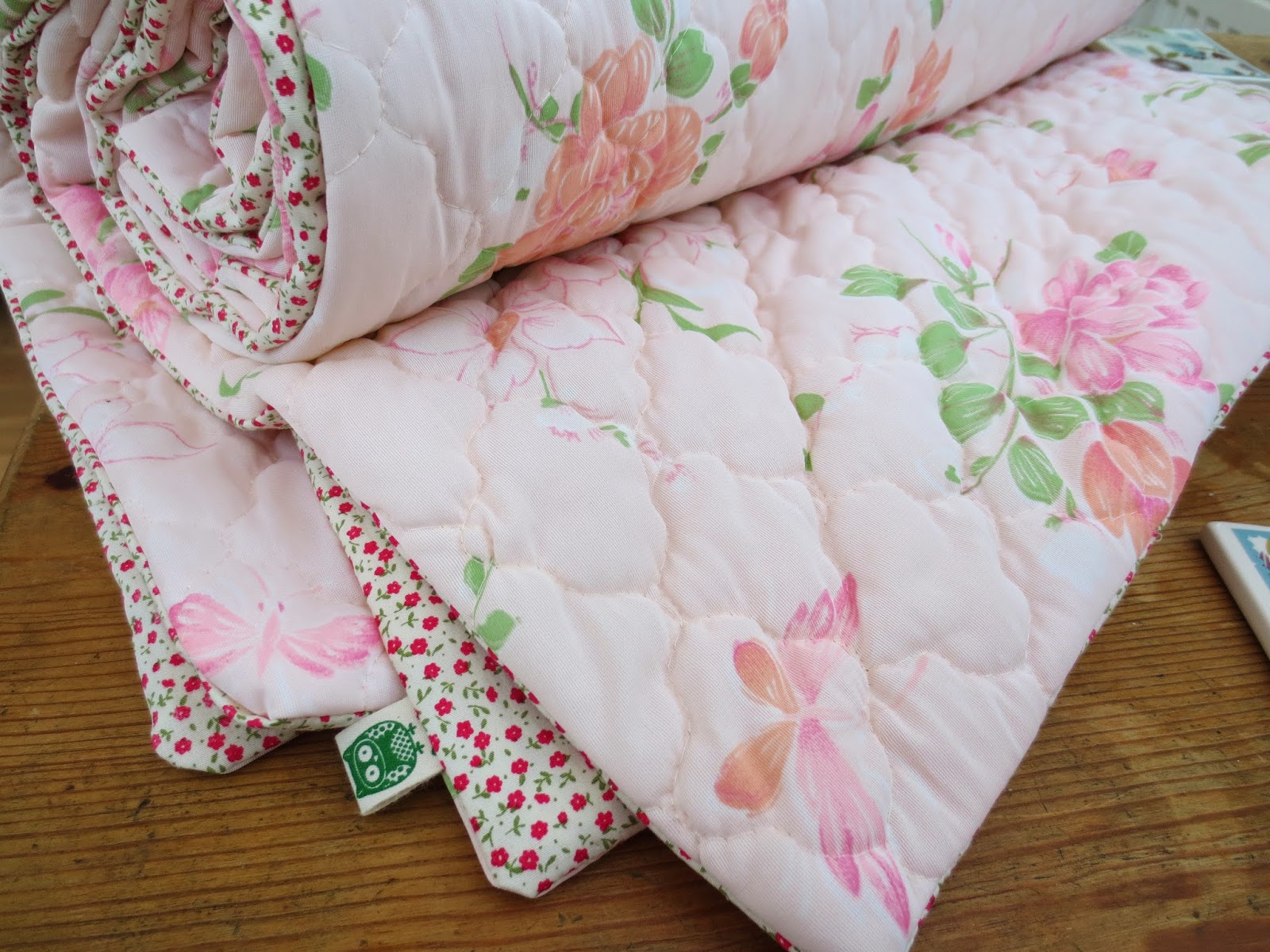 My daughter loved her bedtime owl peaking out from between the seams! 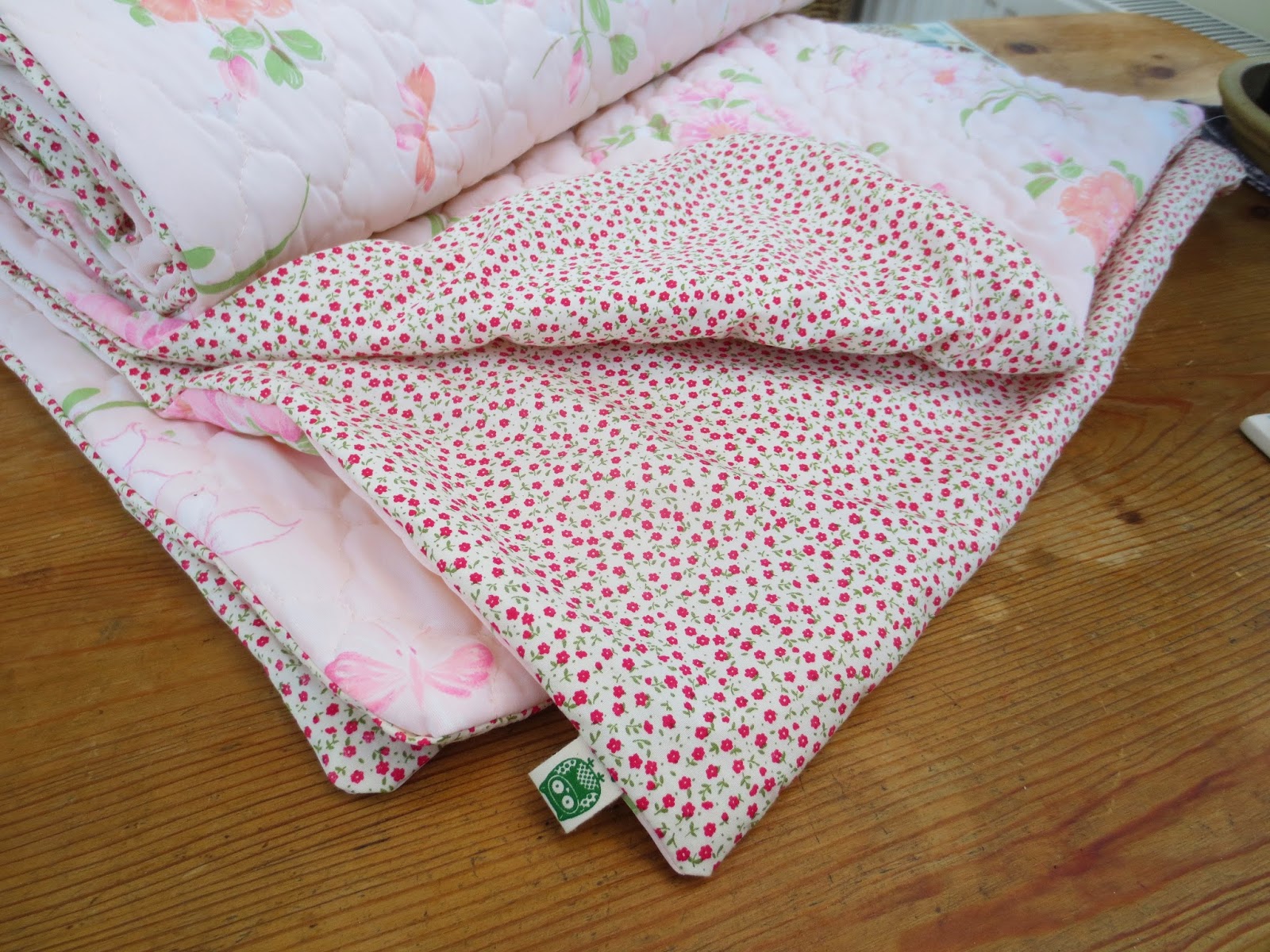 I was worried that the flowers on the cotton would be too bright, but I think it works well. 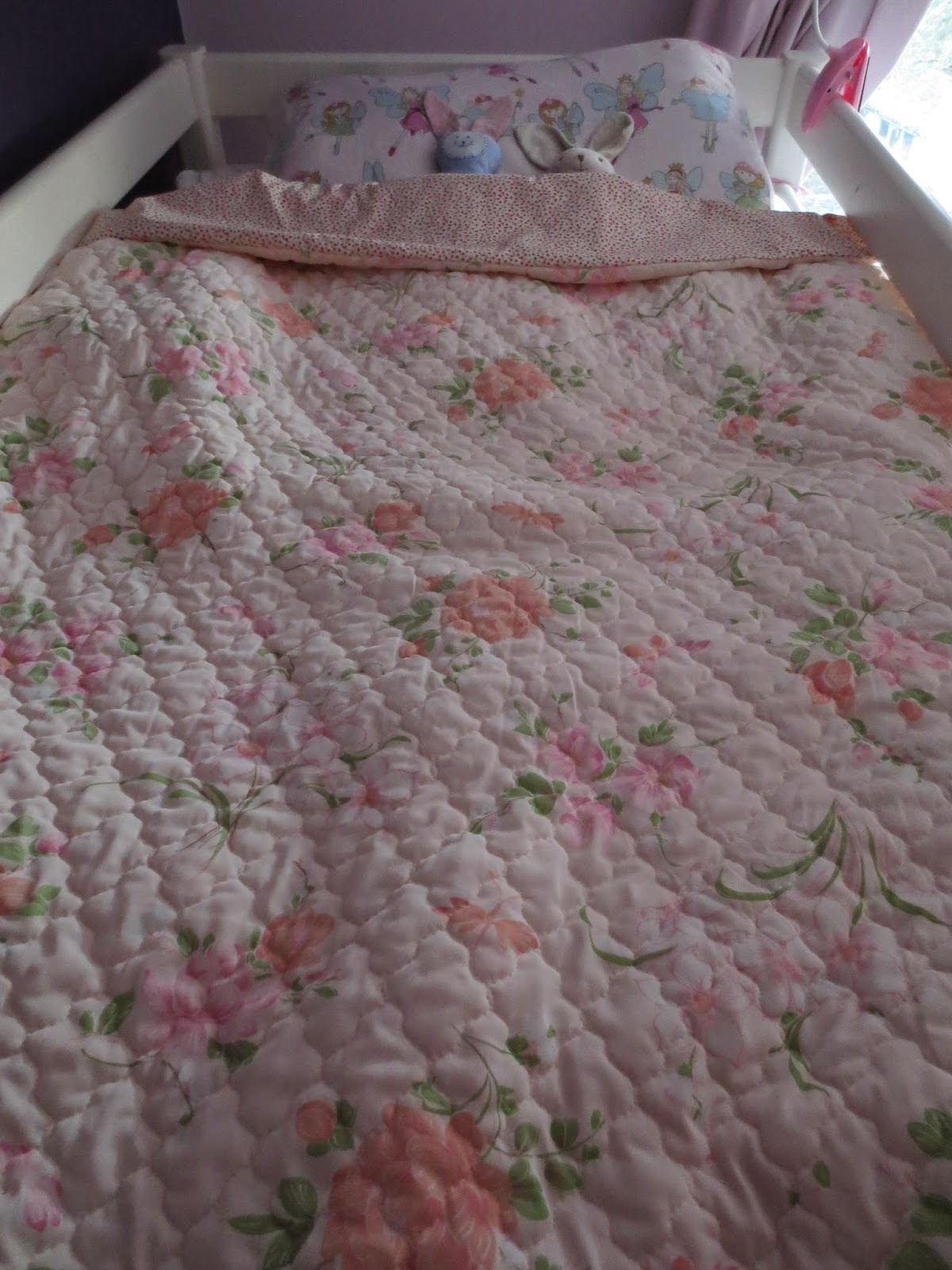 I really love this fabric not only because it is so pretty but also because of it's history I am so pleased that I have been able to make something useful and beautiful, hopefully my daughter will cherish it for years to come.

Thanks for dropping by! 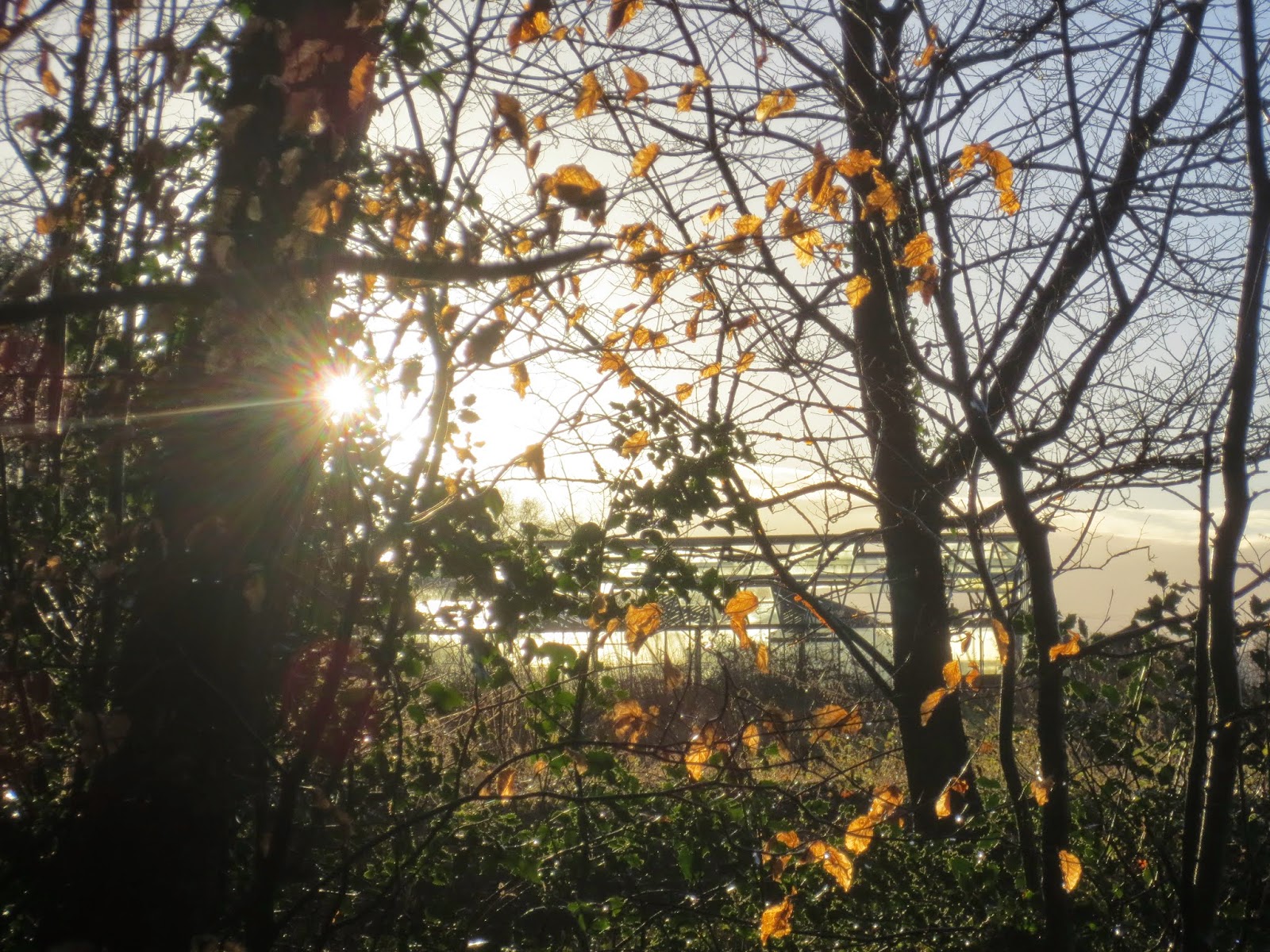 Back to school and a Seamwork Oslo

So school has begun again and we are getting back into the routine of things. I always look forward to every holiday and dread the beginning of each school term, I both love and hate that my little people are growing up and I really do miss spending time with them.

On the plus side the dog and I get to walk through the woods on the way home from dropping the little ones off at their schools, which is always lovely! 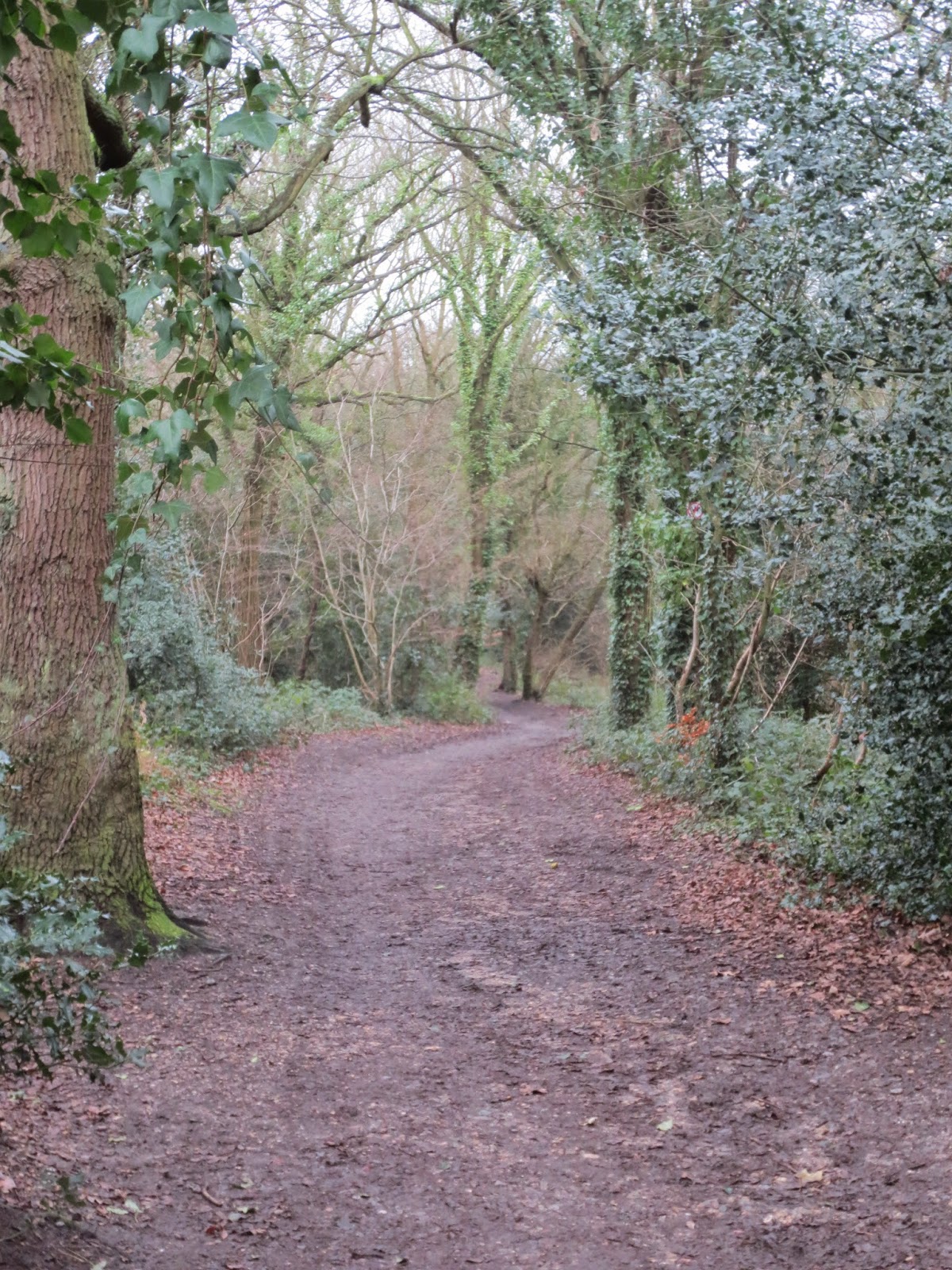 There are even a few signs of spring: 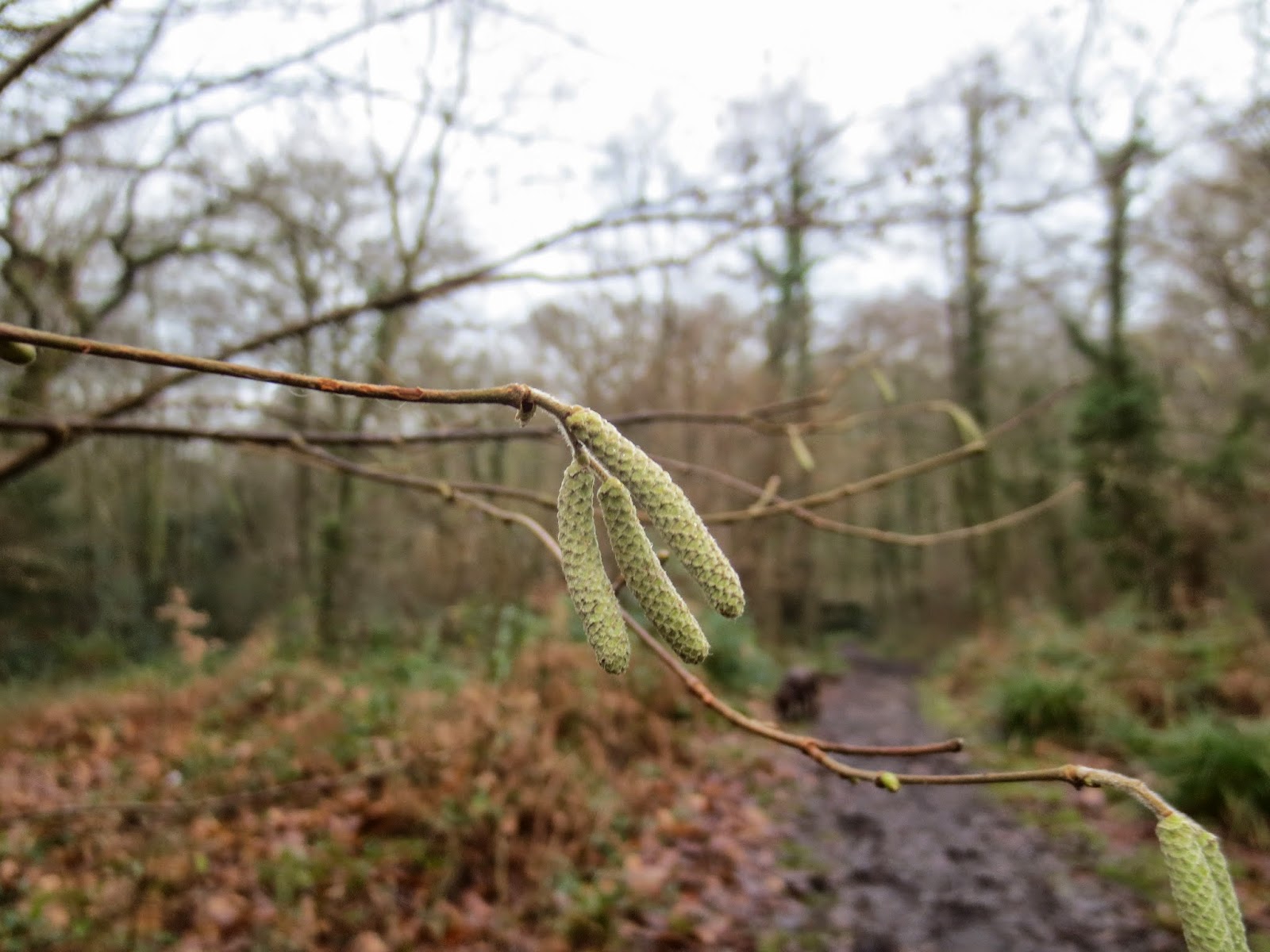 Now onto the more important subject of sewing: Over the Christmas break I was working on the Seamwork Oslo Cardigan . When I initially saw the pattern I knew it was just my sort of thing - snuggly and loose fitting. I wanted a knitted fabric and really struggled to find one, eventually I chose this lovely light knit from plush addict.
Now I have never sewn with this type of fabric before which is probably the first thing that went wrong. The second thing is that I have a love  hate relationship with my serger - I bought it second hand and have spent more money on having it serviced and repaired than I spent buying it originally. In fact I think it has only managed to see one project through from beginning to end! The third thing was that as I love loose fitting garments I made it in a size bigger than it should be so it is huge!
The Instructions were easy to follow (I did struggle with the cuffs a little -  but this was more my problem rather than the instructions). Putting in the clear elastic for the shoulder seams was tricky and not at all neat, but I think the effort would have been worth it (if only the rest of the make had gone as planned!). There is an option to add buttons which also looks good, but I never wear my cardigans buttoned up so I decided not to add any.
As I couldn't get my serger working I had to learn how to use the overlock setting on my sewing machine so at least I learnt from the experience! 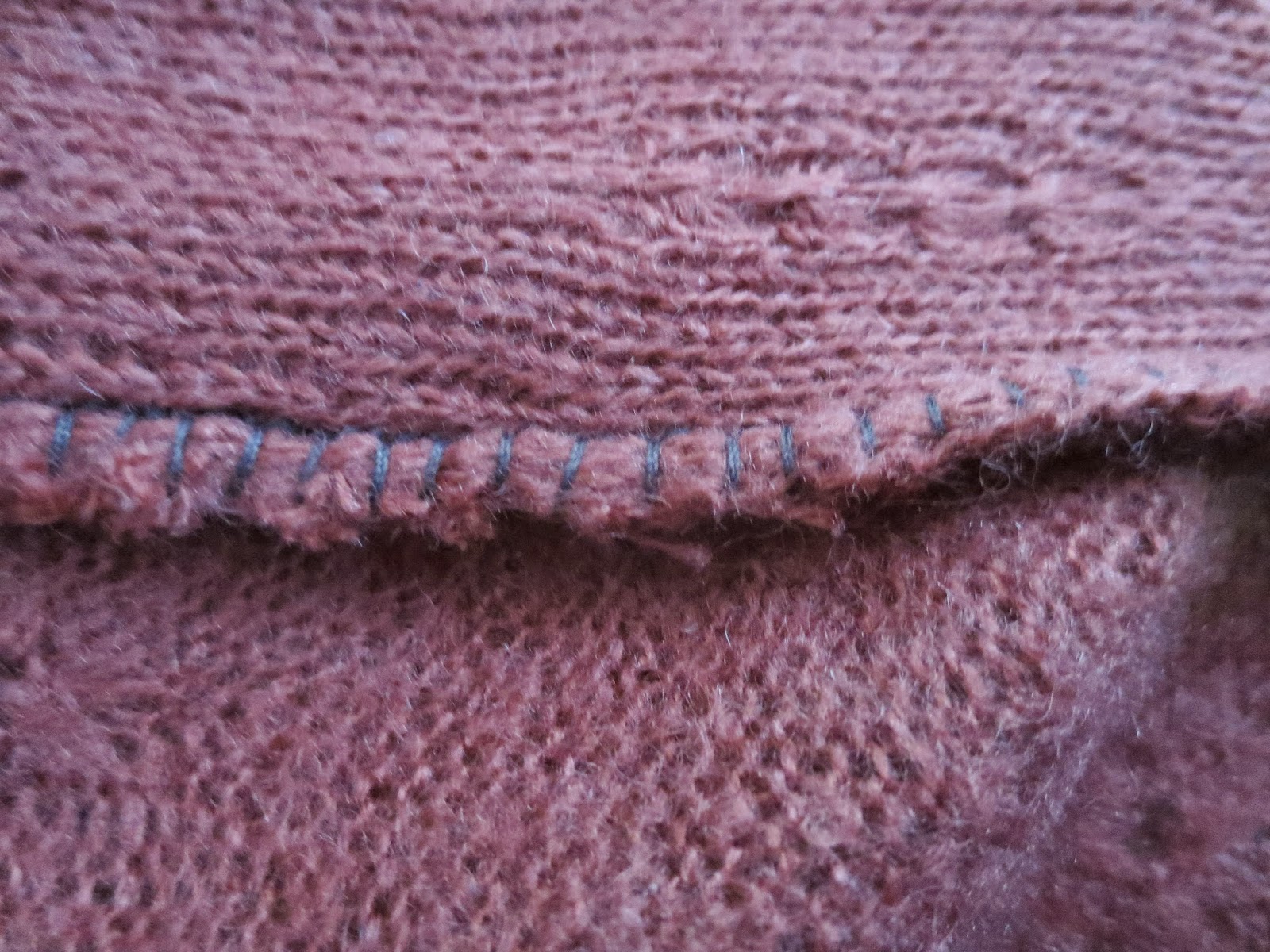 Here is the finished result - please excuse my awful selfies in the only mirror in the house that you can see your whole body in (I think I need to invest in a remote for the camera, as well as clean the mirror! - oops!!) The photo's give it a bit of an orange hue, it is more of a pinky colour in real life. Given all that went wrong if I had stuck to the right size I think it would be more wearable - as it is I feel like I am wearing a dressing gown. 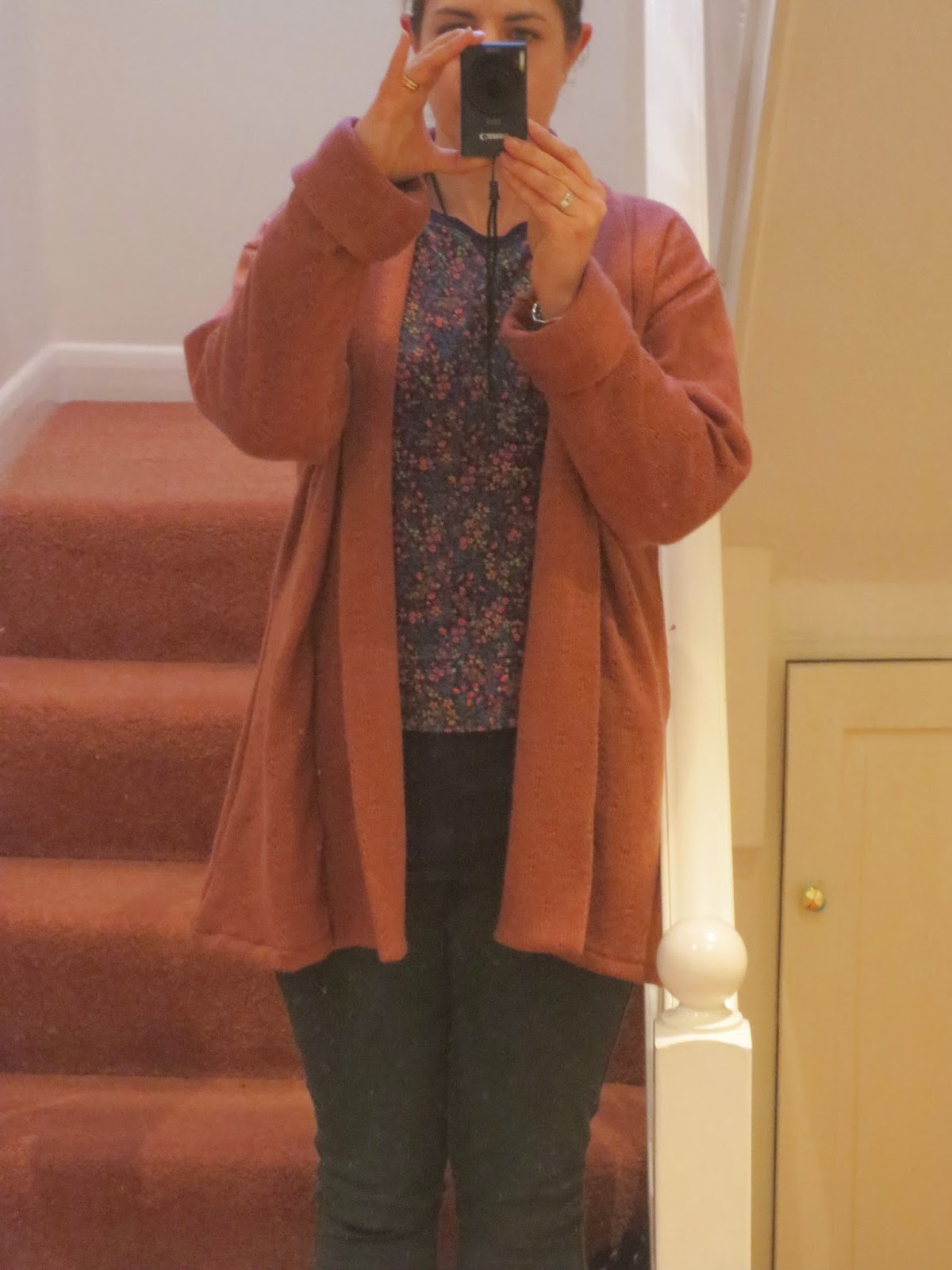 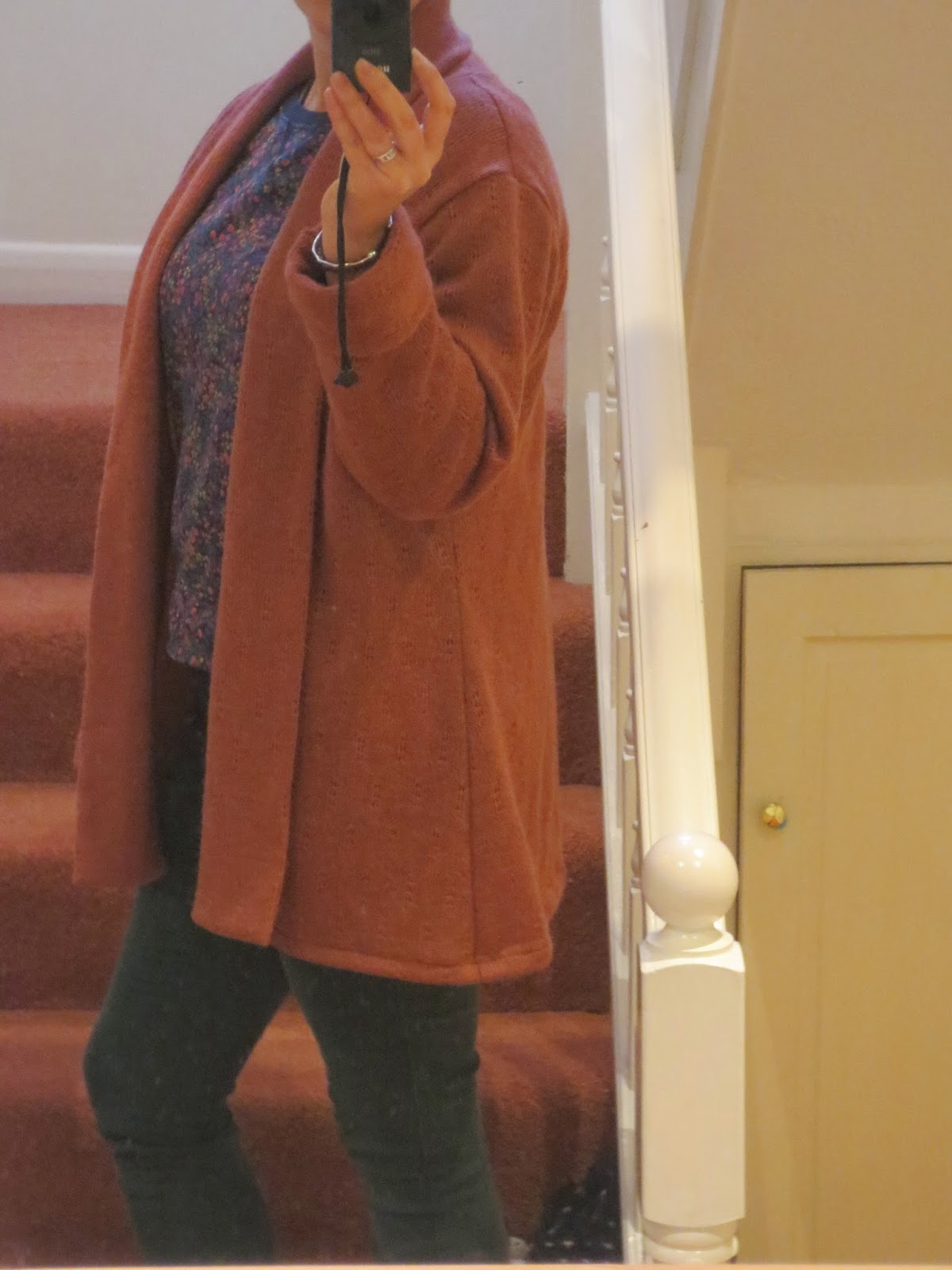 I really am disappointed as the fabric was so soft and pretty and I feel it has been a bit of a waste - still I have learnt new things and as the saying goes 'onwards and upwards' (hopefully)
Thanks for dropping by!
Su xx
﻿
﻿

So another year has passed and we have moved on to the next one.

I am not really one for resolutions as I tend to get worried about not keeping them, but I do try to take stock and think about what I might like to change in the coming year. Generally I think I would like to spend less time stressing about things and more time with my little family before they are too big to want to spend any time with me!

This holiday has been wonderful as both myself and my husband have been off work allowing us all to spend time together - it has been bliss!!

How about you? Do you make resolutions? Are you able to stick to them? 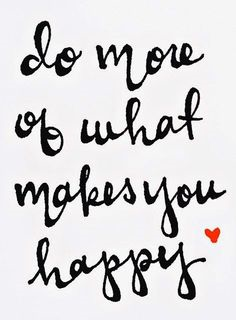