Tilly and the Buttons Cleo(s)

Hi!   It's been a loooooooong time since I wrote a blog post! Ages ago when Tilly and the Buttons released their Cleo dungaree pattern I instantly fell in love and snapped up the Aubergine needlecord kit. In the pattern photos on the website Tilly uses a larger size model as well as a smaller sized one, I really like this as it helps me to see how it would look on someone similar to my size, I wish more pattern houses did this. I decided to make it in the longer length as I thought this would be perfect for winter. I was so pleased with the result (I have a bit of wrinkling in the bib bit and I think it may be a little big - but I don't like things to be tight so I am happy with it). I Have had lots of good comments about it when I have been wearing it (which is almost constantly!) I usually wear it with bright tights and brown boots. 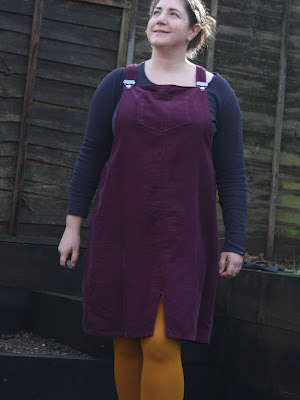 There are two versions of the pattern the long one above with the knee split and a shorter version. I knew that I would want to make the shorter version too and this will be great for spring (and winter!). I chose this mustard needlecord I had in my stash which I think was from My Fabrics. Now you would think that as I had made it before and given that the previous make was such a success that this one would have been a breeze - this was not to be. It all started off well and I used a lovely contrasting cotton lawn for the insides which I love. 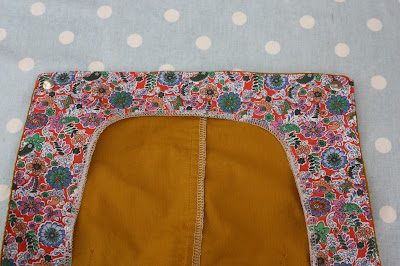 Then as the dress was nearly finished it all went horribly wrong. I am not sure how I managed it but I must have used a 1cm seam allowance rather than a 1.5cm one on the straps and by the time I had realized the dress was constructed so to correct it there would have been an awful lot of unpicking to do - I decided to leave it. I think it looks OK and only I will know. As if this wasn't bad enough can you imagine my upset when I had completed the entire dress including the hem, put it on for the first time and discovered I had put the front pocket on way too low AAARRRRRRGGGGGG! (to put it mildly!). 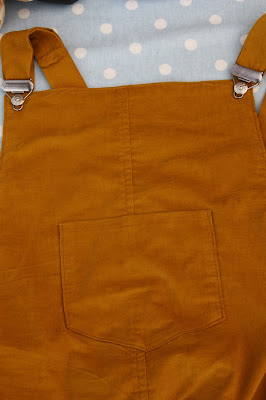 I was determined to unpick it and move it to the correct position however I chicken'ed out at the last minute too worried that it would lead to an awful pocket outline right in the middle of the dress - had it been one of the back pockets or even the pockets lower down on the dress it would have been ok - but I decided I couldn't risk it with the center front pocket. 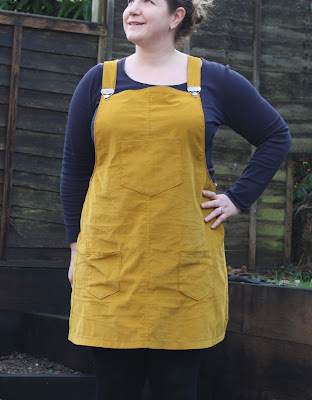 The back is lovely too: 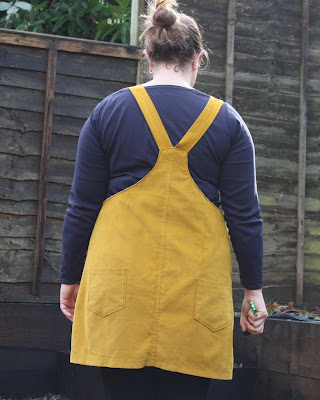 Despite the stupid mistakes I do still love the dress and will wear it lots, but will always have the knowledge that it is not perfect. 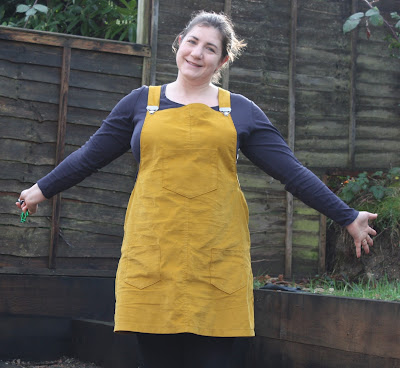 I am going to try to blog a bit more often  and have decided to write down my plans using the free template from Sew DIY  here are some of my plans for February: 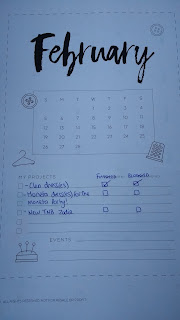 I am hoping to take part in the Moneta party at the end of February, it is an instagram based concept where everyone makes a Moneta and post's a photo of their dress in the hope of winning some great prizes. I have completed my (very) wearable toile with adjustments and am just waiting for my fabric to arrive so that I can start on the 'real thing' (I am keeping my fingers crossed that things don't go the way my Cleo's went!). I also want to try and find time to make the new TNB pattern Zadie 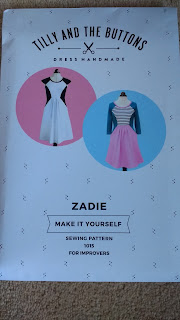 I have seen this gorgeous version by Cookin' and Craftin' that I am going to shamelessly copy!!!!

Thanks for stopping by and I hope it won't be too long before my next post........