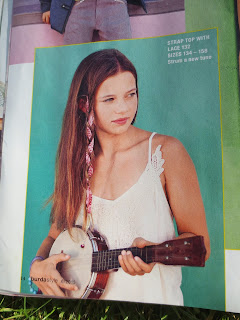 The past couple of weeks have been crazy busy for me and other than sewing my daughter a Roman outfit and turning a pair of school trousers into some emergency shorts for my youngest I haven't even had time to think about what I might like to sew let alone actually do any sewing!! I haven't even had time to read all of the many sewing blogs I follow. I was away on a course last weekend and was supposed to be on another course today - I was so tired last night that the thought of getting up at 6 am to drive two hours and sit inside all day to then drive two hours home again was just too much and I decided that in the interests of my health I would have to miss today's teachings.
I was desparate to get sewing again but I was still feeling rather frazzled so I knew it would have to be something nice and simple. Issue 6 of the Burda style mag had this cute teen summer vest top: 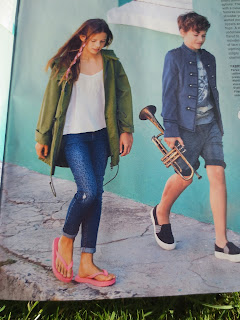 My little lady is obsessed with a TV programme called 'The next step' it is about a dance troupe and involves all of the friendship drama's you would expect to see in a teen soap. It is probably a little old for her but like I said she is obsessed. Anyway this little top is just like some of the tops they wear in the TV show so I was sure she would like it - plus it looked like it would be a very easy sew!

I dug out a scrap of jersey big enough for the top and got going. It was nice and simple - I foolishly decided to twin needle the hem at the armholes and neckline not thinking that twin needles don't do corners! So close up the top stitching is not the best, but it is still a cute little top that I think will get lot's of wear over the summer!! 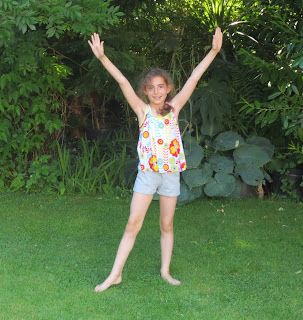 She decided that gymnastics would be the best way to show the top off!! 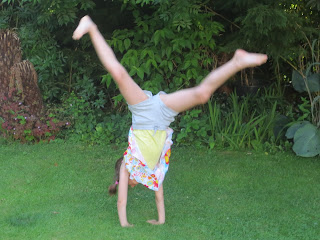 A near perfect cartwheel! 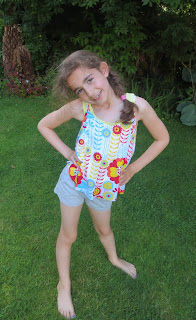 I managed to get her to stay still enough for some poses! 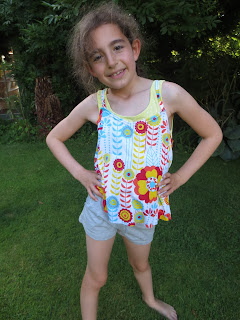 I wanted to get these photos taken before the light faded so the shoulder straps aren't quite attached properly but you get the general idea! 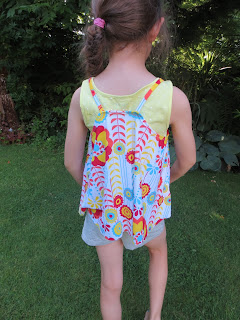 I think it must be every sewist mummy's dream to have their little person exclaim 'wow - awesome mummy' upon receiving a garment made for them - it certainly made my day!

Thanks for popping by!